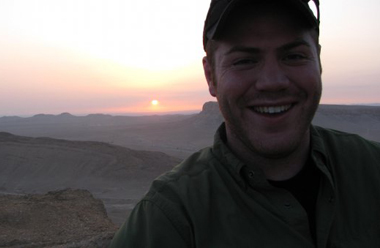 Much ink has been spilt recently over the treatment of a beloved professor of mine – namely, Prof. Christopher Rollston. Thom Stark has already shown how Prof. Rollston’s detractors are entirely lacking any kind of convincing argument here, and has provided a collocation of open letters and blog posts in support of Rollston here. Today (Monday, October 8, 2012), Blowers posted a response to Rutger’s Thomas Verenna on The Bible and Interpretation blog. My comments below are more broadly focused than a mere response to Blowers response to Verenna (although, much of what appears here also appears in the comment section of Blowers’s piece), as my concerns also include the actions of Emmanuel Christian Seminary administration as well as the person of Prof. Rollston. (It will be helpful to read Blowers’s response to Verenna before reading the comments that follow.)

Being someone who has – both literally and figuratively – paid for my ticket to sit in “the good seats” (or, verily, should I say has played in the game itself?), I would like to point out several things:

(1) One of the things I learned during my time at Emmanuel was the importance of the difference between intentions and perceptions. So often, in ministry, the line between the two is lost and, regardless of the former, the latter bears significantly weightier implications. The same is true in this circumstance. While I have many and various thoughts and concerns as to the intentions of the present author and the administration of ECS – one thing is very clear: that being that the way this situation has been handled by Mr. Blowers looks and is most readily perceived as disturbingly skullduggerous in nature. I am in agreement with those who have noted how the consistent dodging of questions only serves to exacerbate the situation. Many have posed very important, serious, and telling questions to Blowers – the vast majority of which Blowers has dismissed by simply exclaiming, “YOU DON’T KNOW ME!”

Those who have posed these questions have very good reason for their concern – especially considering the recent (and terribly unjust) firing of Anthony LeDonne from Lincoln Christian University. Quite frankly, I’m surprised that ECS administration has not placed a moratorium on public discussion of the situation by those employed by the institution. After all, “loose lips sink ships.” Clearly, the unbridled public dissemination of opinion on the matter coming from within the very walls of the Phillips Building at Emmanuel has done nothing but spark a PR nightmare that is only worsening with every comment and blog post authored. While I have seen a great deal of positive responses to Rollston’s original HuffPo piece that note how his piece will reflect well on Emmanuel, there has been nary a positive response to the handling of Rollston’s piece by the ECS brass.

(2) Speaking of PR, there have been some in Emmanuel’s past (donors, clergypeople, lay people, etc.) who have expressed concern over Rollston’s stances on any number of issues. Of course, one might think that this would have an impact on things like new student recruitment, student retention, and donor consistency (read: $$$$$). But of course, there does not seem to have been any attempt by the brass heretofore to address these concerns with Rollston; nor has there been any attempt to censor the content of any of Rollston’s classes, in which the same information as detailed in the HuffPo article is discussed on a regular basis. So – the question remains, why now? What could be worse for recruitment, retention, and donors than Emmanuel being more or less black listed by a vast majority of biblical and theological scholars? How willing will professors be at this point to refer students to Emmanuel? Not only that – but to receive such a black eye in the midst of one of its greatest [financial] crises ever makes the whole situation that much more suspicious. Rollston has been, as long as I have known him, so beloved and respected by the student body at Emmanuel that his treatment at present in the blogosphere (in which Blowers has, thus far, played a key role) would surely cause some – if not many – to seriously reconsider their choice of educational institution.

(3) Given my proximity to the situation, knowing all parties involved fairly well, having both studied and taught at Emmanuel, I can level the following criticism of the current author in question (i.e., Blowers): The pushback that has been leveled against Rollston has been unreasonably mordant. This is not uncharacteristic of Blowers in general. As a student of Prof. Rollston, Blowers has made numerous insulting comments towards me, Prof. Rollston, and the field of Hebrew Bible in general. On one occasion, upon seeing me enter a weight room, he told me I needed to “work out my brain.” Furthermore, I have seen incessant posting of caustic material on Blowers public Facebook page. The content has, on many occasions, been directed towards people like Bart Ehrman. Blowers has a proclivity for going after those whom he perceives to be popular academics. Ehrman certainly fits the bill of a “popular academic,” thanks to his numerous popular publications, appearances on shows like Stewart’s The Daily Show, etc. Rollston has, in similar (although not parallel) fashion, enjoyed (and deservedly so) a meteoric rise in his career. Rollston has not produced as much material for the popular audience as Ehrman has; however, given Blowers’s penchant for attacking what would normally be accepted as good scholarship (oftentimes pieces that don’t even necessarily offer anything new to the field), one could easily perceive a sort of “ecclesial elitism” when it comes to the data contained in the biblical text. This kind of verbal waste is wholly unprofessional and unbecoming of one who claims to train ministers.

I might also point out the following: (a) it is possible, although currently unconfirmed, that a complaint was lodged with the ECS brass about congratulatory emails distributed to the ECS community on behalf of those who have newly published works and that Blowers was the source of this complaint; (b) that Blowers has also been known to critique publications with a priori prejudice – e.g., prior to the publication of Geza Vermes book Christian Beginnings (released July 5, 2012), Blowers posted the following comment on Rollston’s public Facebook wall over a week before the book was released:

Vermes needs to stick to what he’s truly brilliant at, reconstructing Jesus’s Jewish context, not making calls about the legitimacy of what he sees as the total reinvention of Jesus by the early church in the era leading up to Nicaea. [June 28 at 1:44pm]

How can one reasonably level such a critique of a written work one has definitively not had the opportunity to read? It is clear that this kind of vitriol is not uncharacteristic of Blowers. After all, on September 1, 2012, Blowers posted an apology for a number of vicious comments directed at Brian McLaren, where Blowers stated,

Friends, I want to repent of my remarks about Brian McLaren on FB a few days back. I realize that I offended some of his loyal following, and that it may have sounded like I was casting doubt on him without taking time to outline substantive criticism.

Apart from the fact that Blowers assumes only McLaren’s “loyal followers” would have been offended by his judgmental dismissiveness, does anybody else see a trend developing here? One could, for the moment, set aside the problem of institutional academic integrity so as to focus on the academic integrity of Blowers himself. Instead of allowing individuals to lay out a case and evaluating their conclusions and use of the data itself, Blowers simply attacks the individual (or irrelevant points, such as the use of the first person plural pronoun), often creating straw men to serve his own agenda while suggesting that the individual in question should keep quiet or not be allowed to enter the conversation in the first place. Such is not the stance of a productive or constructive individual – let alone a scholar. It is not surprising, then, that Blowers might feel put out by Rollston’s decision not to write an article on historical theological interpretation (although Blowers would likely still attack Rollston if he had). One gets an odd sense that Blowers has a proprietary and entitled attitude towards biblical interpretation. If it doesn’t fit Blowers’s paradigm, then it seems as though the thoughts should be discarded.

(4) Rollston, more than almost any other in my life, has been a paragon of a minister – most especially a minister within an academic context. Prof. Rollston has always had an open ear and more than a few encouraging words for me in whatever situation I seem to find myself. Some of my most treasured moments are those shared between him and me. He has been to me one of the most caring, gentle, and meek ministers I have encountered in my experience within the Church. He has invested in me far beyond the classroom. His office door has always been open to me – even if it’s just to chat over coffee and catch up. Amazing is the fact that amidst his constant research, reading, and translating he still makes time for students. This kind of relational intentionality – more so than any worship service, than any prayer or sermon – has bolstered my faith.

Furthermore, let us not forget that Prof. Rollston preaches and teaches on a weekly basis – driving three hours round trip – to serve a congregation that joyfully feasts on his teaching. Prof. Rollston is a paragon of a teaching-minister, a friend, and a father. If I can be even a tenth of the man of God and father that he is, then I will have lived more than a satisfactory life. Mr. Blowers – and ECS – would do well to consider their very un-Christian actions towards and treatment of one of their best assets.

Nathaniel E. Greene is a PhD. Candidate at the Hebrew and Semitic Studies Dept., University of Wisconsin-Madison. You can follow Nathaniel’s work on Academia.edu.