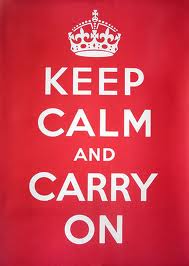 What a long, strange trip it’s been.

I (successfully) defended my dissertation in May. It was an interesting if grueling process, and as formative and educational as writing the dissertation was, the defense had some tricks of its own up its sleeve.

One thing that came out of the conversation is that my work is inescapably theological, above and beyond the sense in which political theory is always already theological in a postsecular milieu, and beyond the simple fact that I wrote about theologians. I think this bothered some of my committee, though not enough to cause me any real trouble.

If I’m doing theology, however, then it’s some kind of radical (i.e., atheist or “death of God”) theology, probably not that far from Žižek’s. I don’t actually like his theology (which is too Lacanian) or his politics (which is too violent), but I like the way they’re connected, and I can appreciate his chutzpah.

Another thing that came out of the defense is that I don’t really develop the anarcho-primitivist connections in Christian anarchism. To do that would require an engagement with the primitivist stream in anarchism itself, probably starting with Kropotkin, the development of the primitivist ideal in general (fortunately there’s already some good stuff on this), and the specific connection to Christian theology, for which Ched Myers is a key resource.

At any rate, I briefly mention Myers but I didn’t do any of the rest of that, at least partially because while there are resonances in the work of Yoder, Hauerwas, and Milbank, it’s not a significant aspect of their thinking and thus it didn’t end up doing much work. I just had it in there because I think it’s interesting. Hey, at least I’m honest.

My plan, then, is to turn the dissertation into a book, streamlining some of the exposition, adding some more attention to comparative epistemology (which becomes important as we make the postanarchist turn), and sidelining the anarcho-primitivist stuff so that I can do that for my next project (which will include reading Daniel Quinn as a narrative theologian: stay tuned!).

After that I want to expand on the conclusion to develop something I’m tentative calling The Politics of Patience: A Postanarchist Theory of Nonviolence. Somewhere in there I’ll get this worked into a radical theology that is also a radical politics, which in my mind is as it should be, on both counts. That will either happen along the way or it will be yet another project. I’m talking decades worth of work here, or something Thom Stark could knock off in a weekend.

But I can foreshadow some of it, as I’ve been giving it some thought lately. I briefly wrote about anarcho-primitivism here so I won’t belabor the details, but I do want to sketch some of the possibilities. Of particular interest to me is the opportunity the anarcho-primitivist critique offers for a doctrine of the Fall.

On one level the Fall and related concepts simply narrate our contingency, and there’s a sense which calling this a “fall” introduces an evaluative dimension for which there is no immediately obvious warrant. We’re contingent. This is not something to be lamented but rather a condition of our very humanity: we don’t know what we sometimes pretend to know. We’re finite. Things happen to us — and by us — that we don’t or even can’t entirely understand. To abandon this sense of things is to drift toward an unhelpful theodicy.

At the same time, the “KEEP CALM AND CARRY ON” posture this would seem to engender isn’t enough. We don’t need to acquiesce to utopian fantasy to think that things could be better, that there are injustices afoot that in some way demand our attention. Sure, shit happens — but this doesn’t quite get at our intuitive sense that something is nevertheless wrong. This is an important component of the language of the Fall, and one that seems to be important.

This is where the anarcho-primitivist critique becomes interesting. It allows a reading of what’s wrong that is still mythological but couched in language that is more what we might think of as a postmodern vernacular — not in the sense of postmodern theory, but more literally the idea of a language that makes sense to us after the modern.

Daniel Quinn is particularly helpful, even though there’s a sense in which Quinn is not exactly an anarcho-primitivist [Quinn never references the go-to AP names, and they don’t engage him; there are reasons for this about which I might speculate, but none of that is relevant here]. Instead of just writing about the neolithic turn in terms that sound like the Fall, or pointing out the prevalence of fall-type narratives in various cultures, Quinn actually tackles the text of Genesis.

Among the first agricultural expansionists, Quinn argues, were the Caucasians (which is not to say, simply, white people, tempting though that may be), who, because they needed more land to feed their growing population (and perhaps could use some slave labor to cultivate their fields), attacked and plundered the Semites to their south.

The creation and fall narratives preserved in Genesis, then, are fragments of ancient Semitic mythology: those marauding Caucasians think they get to decide who lives and dies — it’s as if they took from the gods’ own tree of knowledge. The Cain and Abel story is a recapitulation of the same theme, perhaps even more pointed; Cain, the agriculturalist, murders his pastoralist brother. The Caucasians, as Quinn puts it, “were watering their fields with the blood of the Semitic herders.”

The Hebrew scriptures bear traces of this primordial Event. They use this Semitic mythology as an allegory of covenant and exile (Eden roughly corresponds to the promised land, and Adam and Cain are both sent east, just as the Israelites and Judeans were taken east to Assyria and Babylon, respectively). The Hebrew religious sense is born, then, out of a sense of primeval injustice of which their ancestors were the victims and of which we are all, ultimately, perpetrators.

These traces are manifold: Abraham is called out of Ur, which was most likely Sumeria and the apex of human civilization at the time. The Israelites are called out of Egypt (another height of civilization) and the wilderness wanderings have a kind of hunter-gatherer sensibility to them as the Israelites trust God for provision. Samuel rails against the monarchy. And so on.

The historical veracity of these stories is not as important as the way in which they inscribe a certain sensibility of trust and patience, of “waiting on the Lord.” While this is not necessarily the only stream in the narrative, it’s certainly there. Consider the prophets, famous for their concern for social justice, to whom many reformers and radicals (including Jesus and Paul) would turn for guidance.

Narratively speaking, then, the essence of the Fall is that we failed to trust God for protection and provision. Call it pride, call it greed, call it lust — for some reason we were dissatisfied with what had been offered us and we grabbed for more. We are hardly the only species that alters its environment for its purposes, but we were certainly the first to do so with such god-like mastery.

To ponder why any species would have such power without, it would seem, the moral aptitude to use it properly is to recapitulate tired debates as to why God would put the tree of knowledge in the Garden and then forbid its consumption. There is probably no satisfying answer to that question.

There’s a temptation here toward some kind of Luddism, some vilification of technology itself. This is not entirely wrong-headed insofar as it seeks a trajectory away from that of civilization. But there is no going back; the Genesis myth indicates this with an armed cherub guarding the entry back to Eden.

If there was a point of no return, we’ve past it. Humans are far too populous to be sustained by hunting and/or gathering, which means that there is a tragic element here: we need post-neolithic civilization in order to live, but it’s the very thing that is likely to kill us. Only a god can save us.

What I eventually want to develop is a political theory/theology that says the only way to spit out this deadly fruit is through a commitment to comprehensive nonviolence. This is what gets revealed in Jesus, at least in some readings, and most fully developed by John Howard Yoder.

And I want to read this against and into the postanarchist turn, all of which is going to take a lot of work. One of the reasons I see this as a radical theology is not just because I’m a theological non-realist, but also because the politics I have in mind needs, I think, to reject a God who backs projects.

I think pacifism instantiates a kenotic posture, and I can get behind a kenotically empty God, or something like John D. Caputo’s “weak God”: a God that is, as Caputo puts it, “not a being who does things,” or just the sort of God that does not back projects.

The seeds are here for a radical theology not wholly dissimilar from  Žižek’s, but without the recourse to violence. A theology in which God’s kenotic nature (here we can connect to the Kabbalistic concept of Tzimtzum) is perfectly revealed in the Cross and exemplified in pacifism; the refusal of violence or coercion “opens up” a space that the avenir or “to come” might occupy (or might not).

Will it work? On one hand, I don’t know. It depends on what we mean by “work,” and maybe part of the point is that we don’t really get to determine what works and what doesn’t. To evaluate on the basis of effectiveness is already to reach again for the knowledge of good and evil.

On the other hand, probably not — though I could be wrong. The call, for those with ears to hear it, is to a kind of kenotic hospitality: a way (or Way?) of setting the table for a stranger and waiting to see who shows up.