Neil Godfrey's Reading Comprehension
Mythicist Neil Godfrey has displayed perhaps one of the reasons he's a mythicist: his poor reading comprehension. On the comment thread of a score-tallying post (because scholarship is sport for those who aren't scholars), a commenter pointed out that I had a rejoinder to Carrier on his Dying Messiah thesis, an issue Ehrman hasn't yet addressed himself. In response, Neil Godfrey made this comment:


Stark’s attempted refutation of the evidence of the Dead Sea Scrolls is a non sequitur. He rejects it because he does not agree with the interpretation of Daniel 9:26 found in 11Q13. 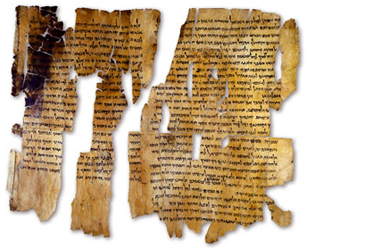 Uh, no, Neil. I never actually said anything remotely like that. What I said, of course, is that 11Q13 is fragmented here, and no one actually knows what part of Daniel 9 was quoted in the scroll. Carrier either wasn't aware of this, or chose not to inform his readers about this problematic fact when making his argument, an argument which assumes that it quotes Dan 9:26. My refutation was simply that we don't know whether it did or not, and responsible scholars do not make confident arguments based on what they think might have been written where now we have a lacuna. One simply cannot base a major claim such as the one Carrier is making on a guess about what went into a lacuna. Scholars with agendas, however, do this sometimes.

As it is, however, the thrust of the scroll does not give us any clues to support a Dying Messiah claim in the text. That simply isn't the concern of the scroll, which is focused on the proclamation of the defeat of Belial. Here I'll quote from a blog post which references the discussions of Joe Fitzmyer and Timothy Lim (a specialist in pesher interpretation) on this question:


What theme is 11Q13 striving to communicate? Timothy Lim, coeditor of “The Oxford Handbook of the Dead Sea Scrolls” (Oxford University Press, 2010) and Chair in Hebrew Bible & Second Temple Judaism at the University of Edinburgh writes, “To be sure the heavenly redeemer figure of Melchizedek will play a certain role, but it is the deliverance from the dominion of Belial that is the central theme.” (Timothy H. Lim, Pesharim [London, New York:Sheffield Academic Press, 2002], 46.) There is no contextual evidence that the author of this pesher was concerned with the contexts in Daniel 9 or Isaiah 52-53. In his essay “Further Light on Melchizedek from Qumran Cave 11,” Joseph Fitzmyer explains that, “11QMelch offers another fragmentary example of a composition which comments on isolated OT texts taken from their original context and strung together with some theological intention” (Joseph A. Fitzmyer, “Further Light on Melchizedek from Qumran Cave 11,” in Journal of Biblical Literature, Vol. 86, No. 1 [Mar., 1967], 25).

This is why there is no contextual evidence that the author of this pesher was concerned with all aspects of the larger contexts in Daniel 9 or Isaiah 52-54 (i.e., a messianic figure suffering and dying). Moreover, Fitzmyer specifies that he is not discussing the full context of Isaiah 52-54 in his article. Rather, he limits his focus to Isa. 52:7, which is the verse that the pesher quotes. It says nothing about a messiah suffering or perishing, though. In fact, Fitzmyer writes following on page 30 of the article: “It is known that the ‘herald’ of Isa 52:7 became a figure expected in the beliefs of late Palestinian Judaism” (Joseph A. Fitzmyer,“Further Light on Melchizedek from Qumran Cave 11,” 30). This pesher and some later Jewish authors focused on Isa 52:7 as an isolated verse.

This is what Carrier (and apparently Godfrey) fail to apprehend because it seems they don't understand or at least aren't accounting for the way pesher worked, as I pointed out as well in my original critique of Carrier. Pesher didn't pay attention to context or to original meaning when they quoted from their sources. What pesher involved was mining quotes from various sources in order to construct a new narrative, usually giving the original quotes radically new meaning. So even if 11Q13 did originally quote Dan 9:26 (and of course we don't know whether it did or not, and we never will know), that doesn't mean it meant for them what it did for the author of Daniel. With pesher you have to pay attention not to the original texts but to the thrust of the new narrative. That's how actual DSS scholars know we're supposed to approach pesher texts.

So in summary: (1) the broader and contextual content of 11Q13 does not give us any clues whatsoever that they wished to make a statement about a dying messiah. (2) We simply do not know, and never will know, what portion of Daniel 9 was quoted in the scroll, because the quotation has been lost to us, and we probably will never get it back. Thus, responsible scholars won't base radical claims on a guess about what a fragmented text might have originally said. Any scholar who would do so would be jumped upon by his or her peers and chastised (very rightly) for being irresponsible.

So, Neil Godfrey has displayed that, at least in this case, his reading comprehension leaves something to be desired. I sincerely am very curious how he could have read my original piece coolheadedly and come away with the impression that I rejected the evidence from the Dead Sea Scrolls because I do not agree with the interpretation of Daniel 9:26 found in 11Q13. Perhaps he skimmed my argument. Perhaps he was very tired at the time. Perhaps he was distracted by a giant slug slithering across his yard through the window. Perhaps his copy of my blog post was heavily fragmented. I simply cannot speculate.