Note to Self Wins Award at Worldfest-Houston 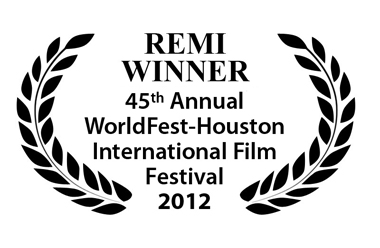 The Worldfest — Houston International Film Festival is the third oldest film festival in the United States, after New York and San Francisco. It's also the oldest international film festival in the world. Each year they receive about 4,500 film entries from all over the world, and a small number of those win awards. An even smaller number are selected for screening at the festival. Today I received an email from Hunter Todd, the founder and active director of the festival. Note to Self has not only won a Remi Award at the 45th Annual Houston International Film Festival, it has been selected for screening as well. With Worldfest Houston, a film can win an award and not be selected for screening. There are five levels of award, from lowest to highest: Bronze, Silver, Gold, Platinum, and Grand. Bronze and Silver award winners aren't selected for screening, as a rule. So while we don't know which award we've received for the film, it looks like we've got at least a Gold Remi. The Grand Remi is an award for best film in a major category (e.g., Best Short, Best Feature). Houston has 10 major categories, and within them, dozens of sub-categories. Here's the email I received from the director:

I am delighted to be sending you an early jury report on your entry in the 45th Annual WorldFest! Your entry - NOTE TO SELF - has been selected to be screened at the festival, a very high honor, and will be winning a Remi Award at the 45th Annual WorldFest... the details of the screening are not complete as of yet, and we will not know dates and times for 3-4 weeks at least... also the Remi Award is secure, but we will not know the exact level of the award until Festival Week. You will receive a more detailed congratulations email in a few weeks, but this is a personal notification. The dates for the 45th are 13-22 April, 2012.

Please remember that we do require at least a Texas Premiere. Your film will now be submitted to the USAFilmFestival in Dallas (they are after us in May) and also the Concorto Short Film Festival in Italy... We will send you the contact info on the festivals and we are sending them your contact info. This is a special service of WorldFest for our Remi Winners! 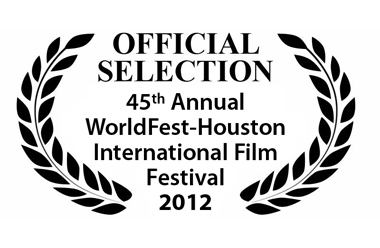 We will be back in touch soon with more details, screening times and such. I just wanted to take a moment to give you the good news!

WorldFest is one of the most competitive short film festivals in the world, and we gave first awards to Spielberg, Lucas, Ang Lee, Ridley Scott, The Coen Brothers, John Lee Hancock, Robert Rodriguez and many more... before they became big shots! . . . We have just posted 2012 Remi Laurels, Logos and Selected for Screening Laurels... just for you to use.


Congratulations and Warmest Regards from Texas,

What can I say? I'm beside myself. I got the film submitted to Houston at the very last minute, well past even their late deadline. I drove to their office, which is just down the road from my house, and handed it to them personally. I was hoping for a bronze at best, maybe, but I didn't expect to get one. I attribute this to Jim's adorable face.

I also want to thank all of the Kickstarter contributors who made this film possible. I had an idea, but without your support, that's all it would have been. But now it's an award-winning film, thanks to you!

The bad news is that, because Houston requires a Texas premiere, and prefers a world premiere, I won't be able to release the film on DVD or Vimeo until after it screens at the festival. I'll do my best to have the DVD ready to go up on virtual shelves on April 22nd, but I can't make any promises. The Blu-Ray, which I'll be self-producing from home and selling via PayPal, will however most definitely be available then.

In the meantime, watch the trailer if you haven't already, or just do whatever. You must do what you feel is right, of course.