Matt Flannagan is on a crusade to prove that I’m an untrustworthy, incorrigible, incompetent, lying sack of shit, and that no one should like me. All he’s shown, however, is that he’s guilty of all the intellectual crimes of which he has accused me. (See here, here, here, and, most recently, here.) But it’s all very silly. I don’t enjoy playing these little “who misrepresented whom” games. If people would stop emailing Matt’s rants to me, asking me to respond to them, I wouldn’t even give this nonsense the time of day.

A while back, Matt posted on Copan’s blog a revisionist narrative of his interactions with me. It was one-sided. It displayed Matt’s selective memory. It was quite juvenile. But he had some fair gripes, because in the past I have in fact been impolite to Matt. Of course, I apologized back then, and had had numerous very congenial interactions with Matt between my apology and his ad-hominem rant on Copan’s blog (none of which made an appearance in Matt’s “history of my interactions with Thom Stark”). But apparently Matt wasn’t willing to let it go. Fair enough. His prerogative. That affects Matt, not me. Anyway, so my response to Matt’s ad-hominem rant on Copan’s blog was another simple apology. I took full responsibility for everything; and I let it go.

I was being generous. The truth is, while I have in fact misunderstood a few of Matt’s arguments from time to time, I’ve always allowed him to correct me. On the other hand, Matt has misunderstood me, mischaracterized me, straw-manned me, more times than I can count, way back then, and to this day. I’ve not once seen an admission from him that he has been wrong (not that I’ve asked for one). Even when it’s as plain as the difference between day and night, Matt hasn’t fessed up. Instead, he looks for new angles to exploit to prove that I can’t be trusted. When they fail, he looks for new ones. And on and on, ad infinitum. Matt appears to me to be way too invested in this to have a useful, constructive discussion.

But that’s the most I’ll affirm. Matt is too invested. Is he being intentionally dishonest? I doubt it sincerely. Is he an idiot? Obviously not. Does he have malicious motives? I’m sure whatever motives he has are not malicious and are in his mind good ones. I’m sure Matt is a nice guy. He probably has a decent sense of humor somewhere in there. Matt is a Calvinist who is defending his faith. That’s his deal. That’s fine. Whatever. I’m not making judgments about his character, his motivations—anything like that.

But here’s the deal. Matt needs to take a step back, take a deep breath, and get some perspective. He needs to realize that the “Thom Stark” he is attacking is a mythological figure. Misunderstandings happen. Not every misrepresentation is evidence of chronic incompetence or nefarious motives. I’m not his enemy. I’m just a Stargate SG-1 fan. I’m not out to get Matt. I’m simply responding to his ill-fated attempts to “get me.” I honestly don’t know why Matt makes so many mistakes when he tries to critique me. Is it emotional turmoil that he feels when he thinks about me? Probably not. But I don’t know what the deal is, man. Whatever it is, it’s to me a sign that Matt is in some way too invested in this. Take a step back. Breathe. Get some perspective.

I’m not at war with Matt, or Paul Copan. Or anybody. If Matt wants to try to launch a missile at my ship, I’ll say, “Here comes another one. . . . There goes another one.” Matt should really stop attaching his dynamite to boomerangs. I’m not in this battle. It seems to me Matt is only at war with himself. (Which is a good thing, when it’s intentional.) 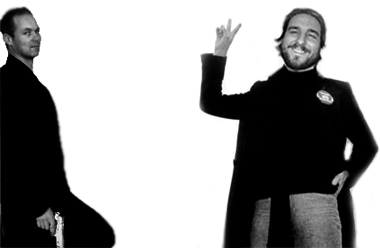 I say, chill, dude. It’s not a battle. I’m not even on the field. I’m busy with my own, brand new adventures in narcissism. As far as I’m concerned, you guys can have the market on ANE scholarship. It is a market after all; let’s be realistic. No matter how hard people like me try, in the end, the vast majority of people are going to believe whatever reinforces their cognitive biases. It’s a sad world as it is. Let’s not contribute to the sadness by being self-important assholes, pretending we’re making a difference. Here’s my invitation to Matt: Let’s put aside our differences and join hands in a war against self-important assholes. Our first mission will be to commit suicide. Our second mission will be to watch bad sitcoms together. Who will sit with me? Who will pass the potato chips?

7 thoughts on “A Call to Arms: Matt Flannagan’s War against Who-Gives-a-Damn”