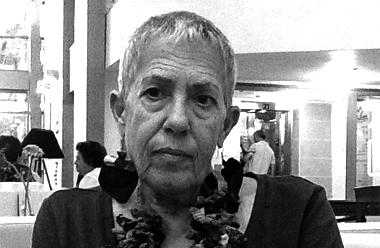 Bob Cargill has issued an open call for letters in support of Dr. Christopher Rollston. The first to respond is none other than Dr. Athalya Brenner herself, a Jewish biblical scholar at the University of Tel Aviv, Israel, and the editor and author of over 25 books on feminist and gender issues in the Bible, including the New Testament. She writes,

Rollston’s article, against my background of undisputed expertise in the field, is balanced and mild. In the Bible, regrettably, women are second-class, and much more so than Rollston sketched. There are positive female roles in it, as he himself indicated, but those are too few to offset the general picture. This is regrettable since the Bible is for many of us and including Rollston and me, regardless of creed, a source of fascination and a Book of Life; exposing less savoury elements in it is painful to say the least, albeit necessary in order to continue the ages-honored process of its interpretation, reinterpretation, updating and usage for current believing and cultural communities. I believe this is what Rollston did: he exposed a biblical bias, in a balanced and responsible fashion, as to say: This is our heritage. We do NOT discard this foundational heritage; but, looking at it critically, in the footsteps of Jewish Sages, Church Fathers and readers and believers over millennia, it is up to us to update, reinterpret, and continue to use the Bible as our life companion. In doing that Rollston in effect displayed the same concerns for the public of both genders as Dr. Blowers displays for Emmanuel students and future pastors, extending the good work and bringing it to the surface.

Also, there are some new letters from Dr. Rollston’s former students that I’ve posted here.