In The Hitchhiker’s Guide to the Galaxy, Zaphod Beeblebrox steals a technologically advanced spacecraft. He’s not actually sure why he does this; he’s President of the Galaxy and thus not in particularly dire straits. 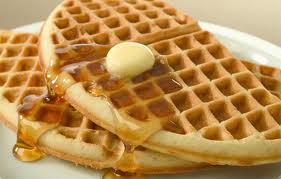 In The Restaurant at the End of the Universe, we find out that he had actually altered his brain (brains, to be precise, but that’s not important) and essentially programmed himself to do this, but also hid this fact from himself in the process so that he could pass the brain screenings in order to become president. This was vital to the project because that’s the only way he could be at the launch ceremony. Thus, he had to become president in order to steal the ship, but he couldn’t know this and still make it through the vetting process. It’s a delightfully aporetic structure.

As I hinted in “Break on through to the Other Side,” I think my atheism might have run aground. It’s another turn in a never-ending cycle, it seems. I’m not exactly a raging theist, either; there’s an extent to which I’ve just been dancing on a rather thin and porous line — that what I was claiming as atheism or nihilism is more accurately a kind of negative theology, perhaps something on the threshold between negative theology and radical theology. But it’s more apophatic than atheist, the latter seeming more and more to me like a schtick I can’t keep going.

I’ve been here before, and this is why I feel a little silly. I bit pretty hard this time, and wrote about it with some certainty. And I think I needed to. This line of thinking does a certain kind of work for me, and it couldn’t have done — it can’t do — that work if I thought it was just something I needed to get somewhere else. So I had to bite hard, and run it out as far as I could.

But that gets at the heart of language, and the “linguistic turn,” and all that, and there’s just too much theological language that I can’t seem to do without. What’s more, the semantic distance between language I can’t do without and language I believe is shrinking. What, practically, is the difference between saying “this linguistic construct is indispensable” and “this statement is true”? Sure, there’s a difference, and this speaks to a kind of ironism. But I’m less and less convinced that my awareness of the space between makes belief unavailable to me.

From an atheist perspective, that would mean a recovery from this latest relapse. But theology has some different resources here, which I hint at above. There’s a place for not just doubt but even periods of outright atheism, as the via negativa or the “Dark Night of the Soul” (which is actually presumptuous, in proper context; my point is that there is language for the desert experience — itself a Biblical metaphor).

There’s a place for my experience in that thought-world. That might be a reason for a more steadfastly theological reading of things, and for a more robust inhabiting of theological language. I have friends to help me live into that.

My cat, however, is still an atheist. They all are.

2 thoughts on “I Walk the Line”