An old boss of mine was fond of saying that he was busier than a one-legged man in an ass-kicking contest, a metaphor that was never entirely satisfying to me. For one thing, while the one-legged man in question might be working harder than his fully bipedal competitors, that’s not usually what we mean when we speak of being busy. But the real problem for me is that this aphorism assumes a literal understanding of ass-kicking that doesn’t pertain to real life. 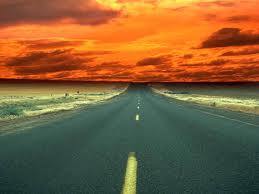 This metaphor, like “blown away,” is one for which there isn’t exactly a real-life referent (which is why “literally blown away” is almost never true). This is the kind of thing one would imagine making Baudrillard happy. Mostly we use “ass-kicking” and its variants to mean some sort of profound defeat, and what we might be tempted to consider its literal meaning — a sound physical beating — could obtain without anyone’s foot actually making contact with anyone else’s gluteous maximus. Moreover, this literal meaning is something for which we wouldn’t even use the phrase in question, largely owing to the fact we almost always use it metaphorically — or, to put a fine grammatical point on it, metonymically.

To wit, if Tim kicks Joe in the rump, we probably would not say that Tim kicked Joe’s ass, unless we also meant that the event marked some sort of significant defeat for Joe, or that the cumulative effect of Tim’s assault on Joe’s hindquarters was particularly debilitating or humiliating for Joe. But we would say the same thing even if Joe’s posterior remained relatively uninvolved, or entirely so. In other words, when we speak of ass-kicking, “ass” is a metonymy for the person. In still other words, I think about this sort of thing way too much.

It’s been almost three months since I blogged anything, which I suppose isn’t bad considering I pretty much said I was going to stop. It doesn’t actually seem that long since June, and that has me fighting the urge to say pedestrian things about how fast the summer seems to have gone. Time flies, apparently, when you’re cleaning dorms, teaching two classes, and trying to write a dissertation, and I imagine that won’t change now that I’m teaching six sections and still writing that damned dissertation. I’ve considered having one leg amputated and finding an ass-kicking contest, just so I can relax.

In that June blog post I finally just came out and admitted I’m basically an atheist. We can quibble over the details and definitions, but there it is. What I really mean by this is that I’ve given up thinking that: a) being a theological non-realist — which is how I actually identify my position — is different from being an atheist in any way that isn’t hopelessly arcane or academic, and b) being a theological non-realist Christian makes sense in a way that doesn’t involve more work than I’m willing to put into it. There are people doing it, or something close to it, and there are resources for doing it, but basically they’ve stopped being interesting to me. The resources, I mean.

My thinking didn’t really change that much. I’ve probably been a theological non-realist (aka atheist) for at least ten years, give or take some moments of trying really hard not to be. Then again, in those moments I’ve described myself as believing in God give or take moments of trying really hard not to. At any rate, the change was on one hand rather slight, having less to do with a shift in thinking than with a shift in how I reckoned the ramifications of that thinking, and on the other hand the difference has been huge.

I’m basically a lot more relaxed. I shared my shift in thinking with our pastor, and his reaction was that’s all well and good but I should keep playing drums on the worship team, so I am. But now the way I narrate this to myself is not as some deep conflict begging for resolution but as the simple if slightly absurd fact that I’m an atheist who happens to like spending the occasional Sunday morning beating the hell out of something in church. It was that or the New York Times crossword puzzle and I’m all out of pencils. It doesn’t need to mean more than that; it’s perfectly explicable in terms of my background, the friendships I maintain, and the fact that I’m not the sort of atheist who thinks everything about religion is stupid and we’d all be better off spending Sunday mornings doing the New York Times crossword puzzle.

In fact, the problem I have now is trying to find my voice without being all angsty about religion, which has been my schtick for a long time. I took my journal (a real one) on vacation, and the entries were utterly mundane: did this, did that, still pretty much an atheist, blah blah blah. I went to pour out my soul but found I don’t have much soul to pour out. I used to read voraciously, hoping to find “the answer”; now I only read things because they pertain to my research or seem interesting for some other reason. A lot of them I thumb through listlessly and return half-read, because there’s no itch there for them to scratch. I haven’t blogged much, not just because I’m busy but also because I haven’t had any of my usual material. I’m like a one-trick pony who lost his one trick,  or a Tommy Tutone concert right after playing “Jenny”: now what?

I used to follow a blogger whose posts were poignant and profound. I don’t follow today, for a number of reasons, but one is that the blogger was diagnosed with depression and put on medication — and this was probably a really good idea, let me be clear — after which the posts became less interesting. Again, there are other reasons I don’t follow the blog anymore, and it’s perfectly conceivable that this writer found a new, less depressed groove and is writing great stuff. If not, the tradeoff was probably worth it. But it struck me as funny, and not a little cliché, that I thought the blog was more interesting when its creator was suffering from untreated depression.

I haven’t cured my depression, which I never thought was terribly generative anyway, but I have come to what I honestly think is a healthier attitude toward my own lack of belief, and this takes away what I realize now was quite generative: my struggle with belief. I’m really surprised at how much less crazy I feel having come to that, for whatever that might mean. But it’s also a little disconcerting, because it means letting go of something I leaned on pretty heavily in constructing my identity and especially my voice as a writer. That’s very important.

I don’t quite have a new schtick yet, and I’m getting worried that the one-legged man in the ass-kicking contest is not only less busy than I am, but also more interesting.

10 thoughts on “Highway to Hell”