Putting an End to the Battle: Richard Hess and 2 Kings 3:27 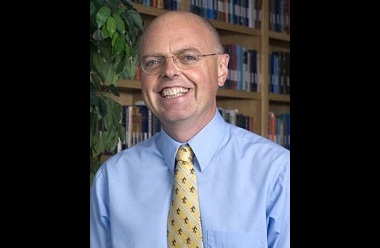 Dr. Richard Hess and I have been disputing the interpretation of 2 Kings 3:27. I read it as an episode in which the king of Moab, besieged by Israel and their allies, in an act of desperation sacrifices his own son, heir to his throne, in order to secure the favor of his deity. This act was successful, and the Israelites were subsequently routed by a “great wrath” that came upon them. Dr. Hess “reads” this as an episode in which the king of Moab somehow managed to capture the king of Edom’s son and publicly executed him in order to demoralize the Edomites, who then turned their “great wrath” upon their ally Israel for getting them into this mess, withdrew from the coalition, and went home. Dr. Hess claimed that his re-writing of the text made


more sense than the view that he would sacrifice his own son and successor in public view. Where is there an example of this in the West Semitic world? Clearly sons and sons of kings were sacrificed to gods; but we have no example that I know of where a king sacrifices his son in a besieged city so that the enemies see that sacrifice.

If this is really the only precedent Dr. Hess needed in order to change his mind on this text, then perhaps it is time for Dr. Hess to turn his wrath upon his allies for getting him into this mess, withdraw from the coalition, and go home.


If an enemy force attacks your [city-]gates,
An aggressor, your walls;
You shall lift up your eyes to Baal [and pray]:

Then shall Baal hearken to your prayers,
He shall drive the [enemy] force from your gates,
The aggressor from your walls.

Note that the word translated “firstborn” in the prayer is the Ugaritic bkr, which in Hebrew is bekor. This happens to be the same word used in 2 Kings 3:27.

According to Baruch Margalit, this text dates to ca. 1250-1200 BCE, about four centuries before the reign of Mesha of Moab. However, the same practices described in this tablet are documented at least as late as the Roman period. “Mesha’s actions, and the Israelite retreat, fit perfectly within this Canaanite, later Punic (neo-Canaanite), tradition of a thousand years.” ((Baruch Margalit, “Why King Mesha of Moab Sacrificed His Oldest Son,” BAR 12/06 (Nov/Dec 1986). My thanks to John Kesler for bringing Margalit’s article to my attention.)) The following examples are provided by Margalit:

Diodorus of Sicily (ca. 50 BCE) writes that “in Sicily the Carthaginians . . . were besieging Syracuse, but in Libya Agathocles had brought the Carthaginians under siege—the Carthaginians betook themselves to every manner of supplication of the divine powers . . . they sent a large sum of money and . . . expensive offerings to Tyre . . . when they . . . saw their enemy encamped before their walls . . . they selected two hundred of the noblest children and sacrificed them publicly.” ((Bibliotheca historica, XX.13.4ff, 14.1ff; trans. R. M. Greer.))

The Roman historian Quintus Curtius Rufus (ca. 50 CE) records an episode in which the “Canaanite” city of Tyre was under siege by Alexander the Great. The citizens were expecting military aid from the west, but this was not forthcoming. They then considered emergency measures. According to Rufus: “Some . . . proposed renewing a sacrifice which had been discontinued for many years (multis saeculis intermissum) . . . of offering a freeborn boy (ingenuus puer) to Saturn—this sacrifice, handed down from their founders, the Carthaginians are said to have performed until the destruction of their city—and unless the elders . . . had opposed it, the awful superstition would have prevailed over mercy.” ((A History of Alexander the Great (of Macedon), 4.3.23; trans. J. C. Rolfe.))

According to Margalit, “This Carthaginian practice of child sacrifice to relieve a siege was traced to the Phoenicians (Canaanites) by the Phoenician historian Sanchuniaton, as transmitted by Philo of Byblos, Porphyrius and the Church father Eusebius. According to this tradition, the Phoenicians, in circumstances of extreme duress, would sacrifice their beloved children to their high god. The eight-volume history of Sanchuniaton was reputedly full of such stories.” ((Porphyrius, De Abstinentia, II.56 = Eusebius, Praep. Evang., 16.6.))

Margalit writes that “the significance of this material for a proper understanding of the account of Mesha’s child sacrifice in 2 Kings 3 can hardly be exaggerated. Indeed, the correspondence between the theory as presented in the Ugaritic text and the practice as recounted in the Biblical text is nothing short of remarkable. The circumstances—a city under siege—are identical. Mesha’s sacrifice is one of the items mentioned in the prayer section of the text. And the withdrawal of the Israelites is uncannily presaged in the conclusion of the cuneiform tablet from Ugarit.”


It follows that Mesha’s sacrifice of his son, rather than unprecedented, was in fact an integral, if seldom implemented, part of an age-old Canaanite tradition of sacral warfare. This consideration might mitigate our moral condemnation of this “degenerate heathen.” Mesha’s sacrifice of his firstborn, seen in this new light, was virtually guaranteed to save the lives of the entire population—men, women and children—of the city under siege. In these circumstances, Mesha’s conduct may be seen as an act of altruism sanctioned—indeed, commended—by venerable religious tradition.

Margalit’s own interpretation of the data is not as useful as his initial presentation of it. He attempts to interpret the “great wrath” in a psychological sense, contending that the Israelites were terrified, and claims that this is what is meant in the Ugaritic tablet since it guarantees the retreat of the enemy. But this blatantly ignores what the tablet says: “Then shall Baal hearken to your prayers / He shall drive the [enemy] force from your gates / The aggressor from your walls.”


So Samuel took a sucking lamb and offered it as a whole burnt-offering to Yahweh; Samuel cried out to Yahweh for Israel, and Yahweh answered him. As Samuel was offering up the burnt-offering, the Philistines drew near to attack Israel; but Yahweh thundered with a mighty voice that day against the Philistines and threw them into confusion; and they were routed before Israel. (1 Sam 7:9-10)

Then he [Mesha] took his firstborn son who was to succeed him, and offered him as a burnt-offering on the wall. And great wrath came upon Israel, so they withdrew from him and returned to their own land. (2 Kings 3:27)

And thus did the battle end.