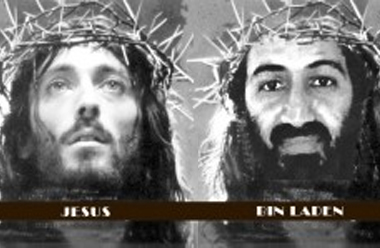 One by one, his followers were targeted and harassed and then forced into hiding. Even those who were only nominally affiliated with this man were shamed, cast out of their homes and into the hands of the authorities. Still, as his message spread across the land, people left their families and their livelihoods to be with him.

He never claimed the path to this new land would be easy. He himself bore the wounds of the struggle in his thin, prematurely aged frame, and warned those who would follow him that they would know suffering — but he promised that their perseverance would be rewarded both in this age and the age to come.

They honored him as a holy man and a teacher. They venerated him as a leader. They claimed him as the one prophesied to them, the one who would lead them out of the shadow of the current empire and into their own glory as a great and restored nation.  But his real destiny lay elsewhere.

He was fated to die. He had to die, to satisfy the cold imperial logic that said it was better for one to die for the sake of the many. He would be a scapegoat, a sacrifice, one whose death would appease the bellicose crowd’s thirst for blood. He wouldn’t be the first Middle Eastern rebel leader to be summarily executed by the reigning imperial power, nor would he likely be the last.

But empire underestimates the power of martyrdom. He will be more dangerous dead than alive. His spirit will live on — he will live on — in his followers, in their aspirations, in their willingness to carry on his legacy.

He will rise again.

10 thoughts on “Enemy of the State”