I resonate with the identity of Religion at the Margins – the fringe, the heretics, the outliers. And I have a penchant to like underdog views, and underdog composers in music. If I was more into sports, I’d support underdog teams.

But when it comes to faith, I wonder whether there isn’t a sense in which all faith and all the faithful are “fringe”. After all, Christianity began as a fringe movement within Judaism (itself a fringe faith of a fringe people on the world scene). And those who have taken their faith completely seriously have always been a small minority.

What about those who have defined the faith, who composed the creeds? They may have been a powerful minority, but they certainly were on the whole better educated, and undeniably more influential in the church, than the vast majority of Christians. And so when it comes to Christian faith, the “official” version has itself always been defined by a fringe group, a minority, albeit a powerful one. 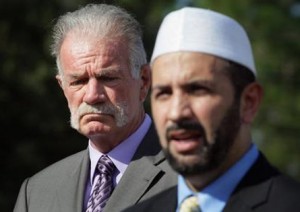 Fundamentalists today, through their dishonest claims to “believe the whole Bible” and “take it all literally,” have cowed many other Christians into silence by making them feel like somehow they aren’t “good Christians.” But in most churches, few attain (and I suspect many do not aspire to) the radical rhetoric of some of their leaders.

I’d like to suggest that all faith is fringe faith. All our experiences and all our convictions and all our points of view are always a small subset of those of human beings in general.

So as we engage various other viewpoints on this website, let’s remember: their viewpoints are on the fringe too. They may think that their (fringe) viewpoint is obviously correct, and ought to be what all people of faith everywhere think. But go easy on them. That’s just a defense mechanism they use, because unlike us, they are living in denial of their fringe existence. . .

One thought on “Fringe Faith”