There’s an old story that tells of a man who went to a Christian counsellor about his marriage. When it was emphasized to him that the Bible tells husbands to love their wives, the man replied that he and his wife hardly speak any longer or do anything together – it is like they are strangers. In response to that, the counsellor flipped in his Bible to the passage that says to love your neighbor. The man then responded that when he and his wife do talk, it usually takes the form of fighting. The counsellor flipped in his Bible again, and said “Now I understand, I have just the passage for such a situation.” He stopped flipping and read “Love your enemies.”

As a joke it isn’t particularly funny. But presumably the point was not humor, but to provide a sermon illustration to emphasize that Christians are called to love everyone. Whether someone is a spouse, another Christian, a neighbor, or an enemy – categories that seem intended to cover just about everyone – there are passages in the New Testament calling for Christians to love them.

I write this because there are some Christians (not all, I wish to emphasize) who view homosexuals as enemies. Whether they should view them that way is a separate issue, but setting that aside, if someone views gays and lesbians as enemies, and they are a Christian, then the appropriate course of action is clear: that person is called to love them. 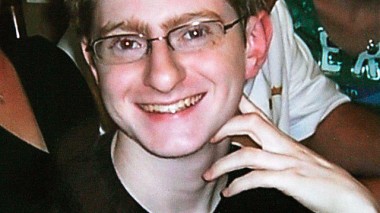 And if you want to teach the Christian faith to your children, that’s what you need to teach them to do. You may emphasize that there are certain beliefs that you do or don’t adhere to, certain ways of living that you wish them to follow or avoid. But included in that, if it is to be considered Christian education, must be instruction about how to interact with those they disagree with. It should never take the form of hateful speech, violence, or abuse of any sort whether verbal or physical.

Liberal Christians sometimes get told that we aren’t Christians because we don’t believe (or at least are not without doubts about) central doctrines and concepts from the Christian tradition. But the teaching of Jesus itself focuses a lot of attention on how we live. In my Sunday school class this week, in connection with our comparison of James and Paul on faith and works, we turned our attention to the parable of the sheep and the goats (Matthew 25:31-46) which seems to clearly depict the final judgment being on the basis of how we treated others. That’s a far cry from the idea that all you need to do is believe. I may have more to say about that text after we discuss it further in my class next Sunday. But it doesn’t take much reading in the New Testament to become persuaded that it teaches that what we do matters, and that any impression to the contrary it achieved by a combination of cherry-picking and forced harmonization.

The heart of the matter is this: Jesus didn’t say “Bully people until they commit suicide.” And so those who engage in such bullying, and those who bring up their children in such a way that they can feel justified in doing such things, are not practicing Christianity nor bringing up their children in a Christian way. We have no record of anti-gay speech from Jesus. We do have a story about him responding to his own rejection, and the suggestion of his disciples that fire be called down from heaven upon those who didn’t welcome him, with a rebuke (Luke 9:53-56). If you don’t get this, then you don’t get Christianity – that’s all there is to it. If you are a Christian that consider homosexuals and “gay activists” your enemies, then you have two options: love them, or stop pretending you’re a Christian. I don’t see that you’re left with a third option.