The internal unity of a Christian church can be attained or maintained today only by minimizing and playing down the radical historical oppositions that divide its members. In other words, one must pass over in silence such matters as color, social class, political ideology, the national situation, and the place of the country in the international market. At the same time one must stress the values that are presumably shared by all the members of the Church in question. In short, the Church must pay a high price for unity. It must say that the issues of suffering, violence, injustice, famine, and death are less critical and decisive than religious formulas and rites. 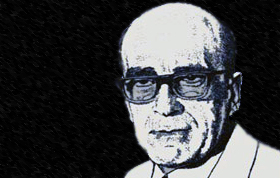 At this point someone might complain, with some reason, that I am erring by going to the opposite extreme; that I am wrong in placing only religious rites and formulas over against things that are historically decisive. After all, one might object, don’t the shared features go beyond mere formulas and rites? Don’t they include a deep faith and general conceptions about God and the importance of eternal life?

If I do not place these latter issues in the balance scale, it is precisely because they are shared in common by all. One person pictures a God who allows dehumanization whereas another person rejects such a God and believes only in a God who unceasingly fights against such things. Now those two gods cannot be the same one. So a common faith does not exist within the Church. The only thing shared in common is the formula used to express the faith. And since the formula does not really identify anything, are we not justified in calling it a hollow formula vis-a-vis the decisive options of history?

It would seem that the Church cannot arrogate to itself the divine right of choosing between the oppressors and the oppressed precisely because of this overevaluation of Christian unity.