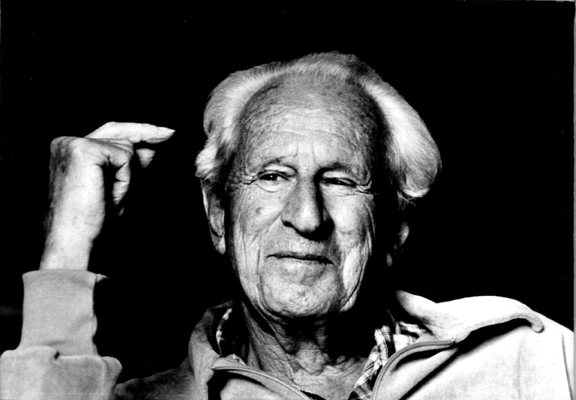 This [affluent] society is obscene in producing and indecently exposing a stifling abundance of wares while depriving its victims abroad of the necessities of life; obscene in stuffing itself and its garbage cans while poisoning and burning the scarce foodstuffs in the fields of its aggression; obscene in the words and smiles of its politicians and entertainers; in its prayers, in its ignorance, and in the wisdom of its kept intellectuals.

Obscenity is a moral concept in the verbal arsenal of the Establishment, which abuses the term by applying it, not to expressions of its own morality but to those of another. Obscene is not the picture of a naked woman who exposes her pubic hair but that of a fully clad general who exposes his medals rewarded in a war of aggression; obscene is not the ritual of the Hippies but the declaration of a high dignitary of the Church that war is necessary for peace. Linguistic therapy – that is, the effort to free words (and thereby concepts) from the all but total distortion of their meanings by the Establishment – demands the transfer of moral standards (and of their validation) from the Establishment to the revolt against it. Similarly, the sociological and political vocabulary must be radically reshaped: it must be stripped of its false neutrality; it must be methodically and provocatively “moralized” in terms of the Refusal. Morality is not necessarily and not primarily ideological. In the face of an amoral society, it becomes a political weapon, an effective force which drives people to burn their draft cards, to ridicule national leaders, to demonstrate in the streets, and to unfold signs saying, “Thou shalt not kill,” in the nation’s churches.